Limestone mining is done out in the open. Once studies show the existence of stone at the site, the extraction is made by separating the rock in quarry benches and dividing it into blocks. 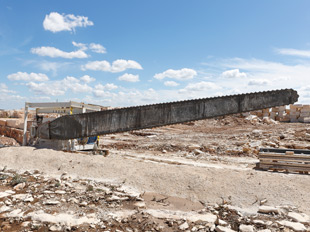 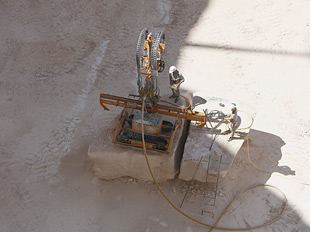 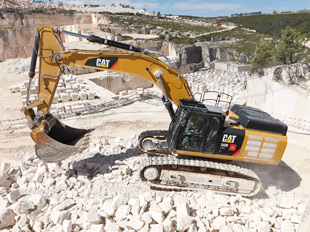 Before beginning the quarrying process, a resource analysis is made. This study investigates the existence and quantity of stone at the site and also the economic viability of the process. Normally the existence of quarries in the vicinity is enough to advance with the quarry. If there is no quarries in the vicinity, the resource analysis is made by way of an in-depth geological study.

If the site presents the desired conditions for quarrying, the next step is the licensing, a procedure which entails various environmental requisites.

From bench to block

Depending on the surface's orientation, there are two way to begin extraction. If the surface is horizontal, a first cavity is cut for the insertion of the saw and the consequential horizontal cut, allowing for extraction of larger blocks.

When the surface is vertical or slightly inclined, initially the rock will be cut vertically and then at its base. A piece of rock, which can weigh up to 500 tonnes, is thereby separated from the bench. The cut is removed and, now on the horizontal, is cut into smaller slabs. The smaller dimensions allow for easier handling and transport. 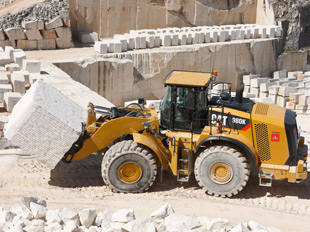 In this way, the bench results in around 25 blocks which are then classified according to the type of stone. These are stored at the quarry and, according to demand, are transported to the factory to be transformed.

Get to know our stones, products and portfolio. We are at your disposal, so contact us now so that we may advise you on the ideal stone for your project.