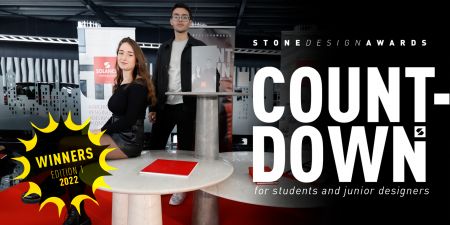 “Would you like to see a creation of yours presented in an International Exhibition? This is the output you need to launch your career!” COUNTDOWN – Stone Design Awards 2022.”

With this question launched by SOLANCIS to its team of designers, the invitation was extended to Politécnico de Leiria – ESAD.CR, Industrial Design degree students.

The Briefing was simple – Limestone would be the elected material; the idea should be connected to a strong concept and the piece would have to consider the dynamic of the space of where it would be presented.
SOLANCIS team collaborated with the students throughout the process, presenting the material, the manufacturing methodologies and the restrains of assembly during an Exhibition.

The duo David Amaral and Sara Saramago – Design students – won the first COUNTDOWN edition with the INVERSO project, with a modular concept that aims to invert scales and perception of the spaces and the forms, using 2 limestones – Alpinina for the modular benches and Estremadura Azul for the table module. 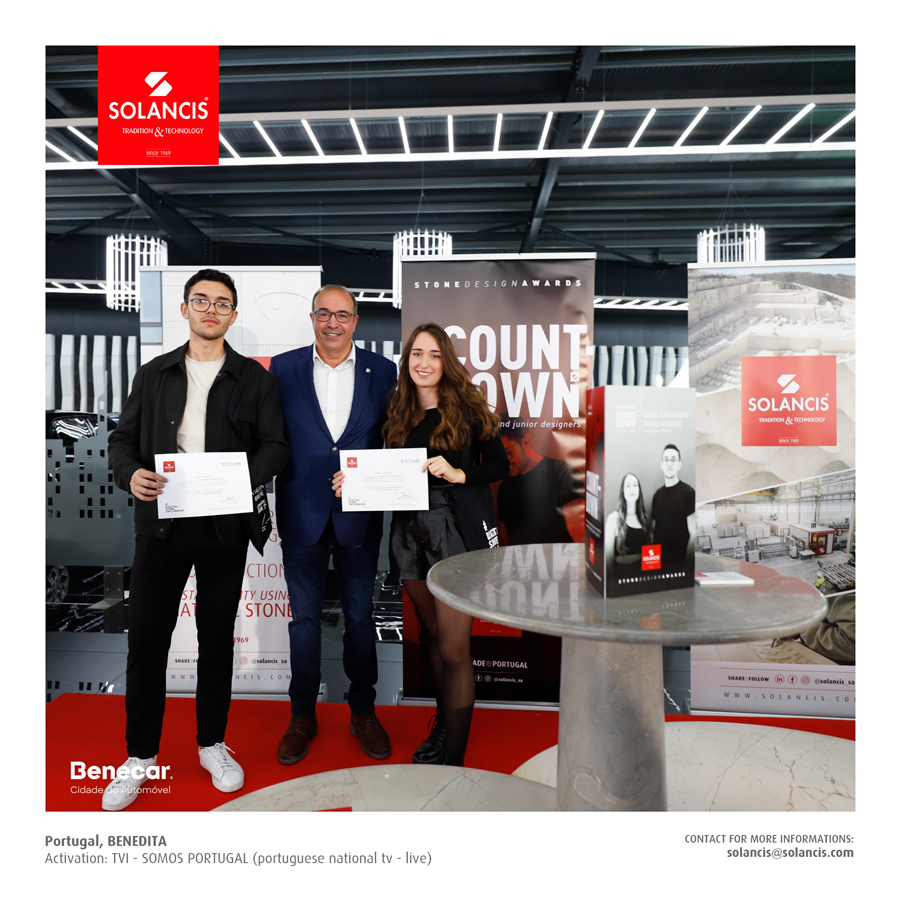 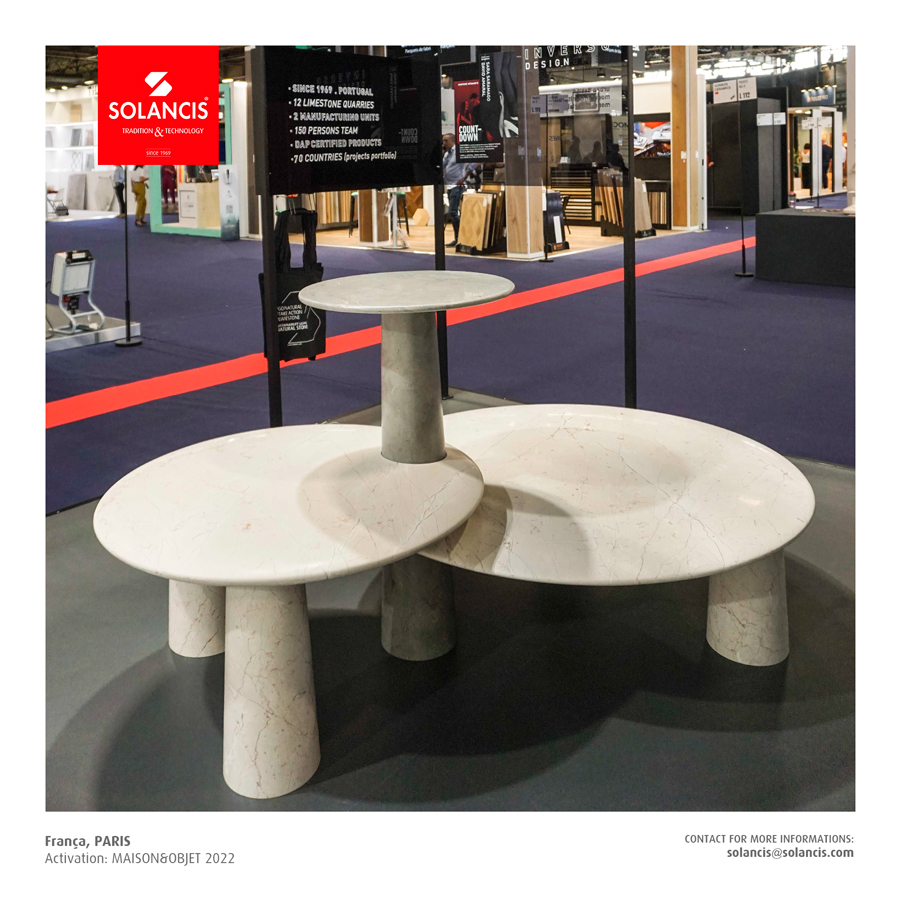 INVERSO project was in exhibition during Solancis participation at the international fairs Maison&Objet (Paris, FR) and MARMOMAC (Verona, IT), having returned to Portugal for a live presentation on national television, TVI, programa Somos Portugal - min 02:10:30 on October 23, where the Diplomas were delivered to the Winners by the hands of the CEO, Mr.Samuel Delgado, who adds

“The challenge launched by SOLANCIS aims to strengthen the link between Academia and Industry, reducing possible creative barriers when thinking about Natural Stone as a primary material for Design and Architectural Projects.
This provided connection, is essential for the young creatives to embrace these natural materials, and even though they have never explored them, they know that they have a team of experts who support them throughout the process.”

Congratulations to all participants in this initiative!
The ‘COUNTDOWN – Stone Design Awards’ challenge will have its 2nd edition in 2023!