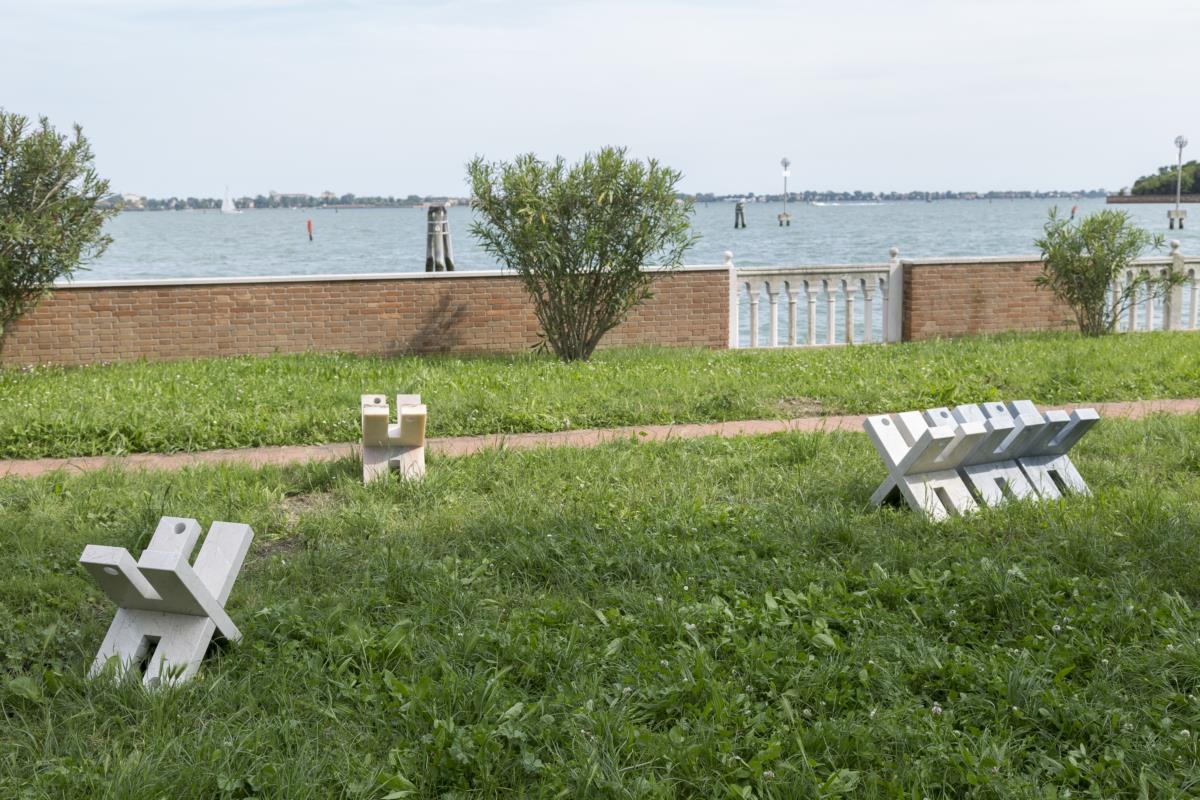 X, the bicycle support created from marble and Portuguese limestone — Alpinina and Lioz Abancado limestones are two of the limestones used, see picture — was born of the idea to create something for daily use for the people and city living. "Right from the beginning I decided I didn't want to do another coffee table," artist Mia Hägg told the Público newspaper.

It was with the creation of X that the Swedish architect responded to the challenge presented by ExperimentaDesign and Assimagra, who came together to create the First Stone/Primeira Pedra, a programme of investigation and globalization with a view to reposition and create a new image for Portuguese stone.

Resistance
The first phase of the programme, entitled Resistance, brings together various international architects: the Portuguese Siza Vieira with the piece Garden Bench (a garden seat/chaise design), the Brit Amanda Levete with Metamorfica (an exterior bench/table), the Indian Bijoy Jain with Lore (under development) and the Chilean atelier Elemental, by Alejandro Aravena, with A thing not an object (a plaything for children), as well as Mia Hägg.

In June, at the Venice Biannual, the first exhibition of the project, “the pieces aroused great interest,” Guta Moura Guedes told the Público newspaper. The director of ExperimentaDesign believes that the pieces “also have potential for commercial use in the future, which is immediately identified.”

It should not be forgotten that, in 2015, the Azul Mónica stone was the raw material for the Jangada de Pedra/Stone Raft, the sculpture created by the architects Eduardo Souto Moura and Álvaro Siza Vieira, which was on display at an exhibition dedicated to Iberian creativity in Washington (USA).